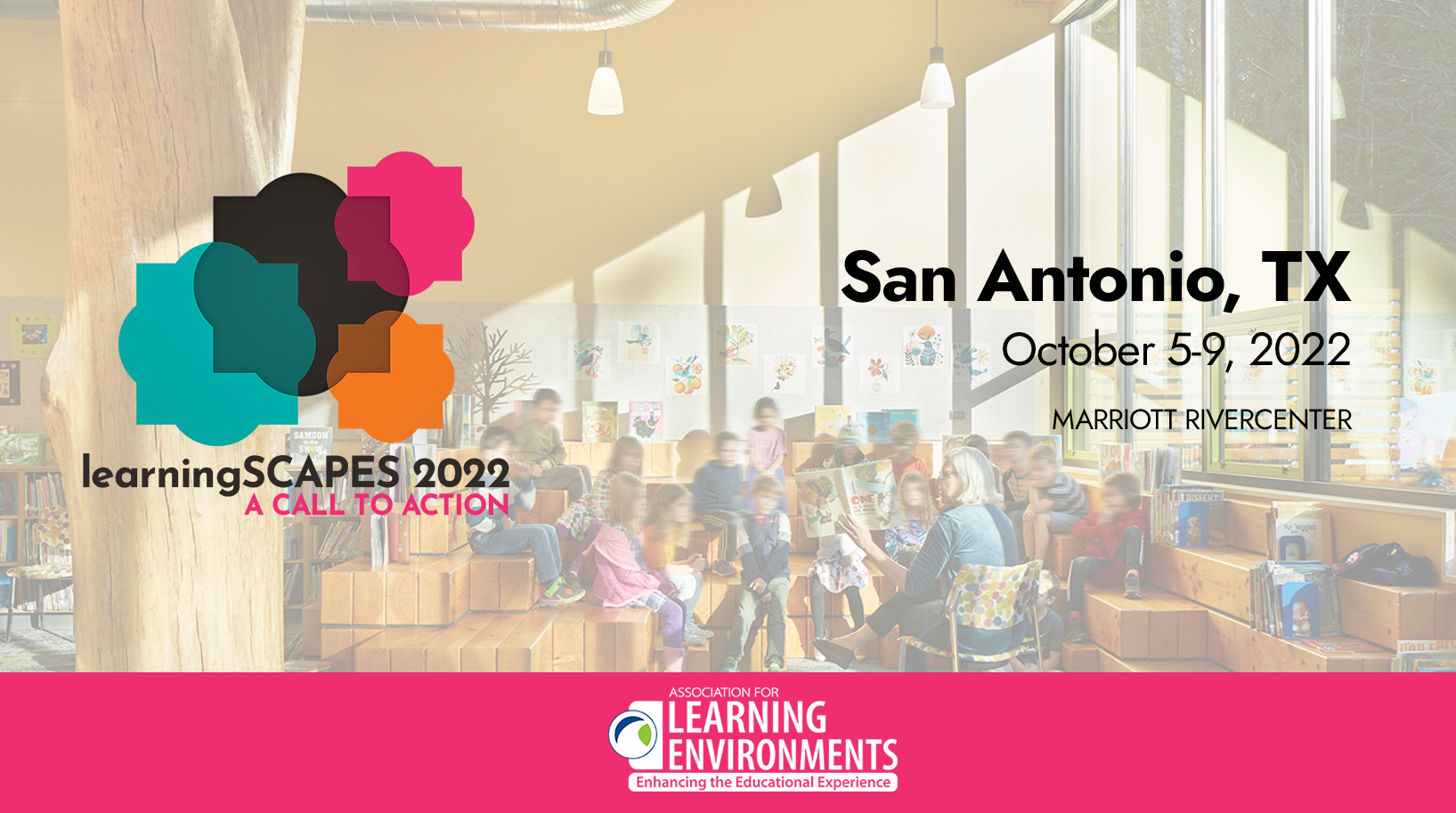 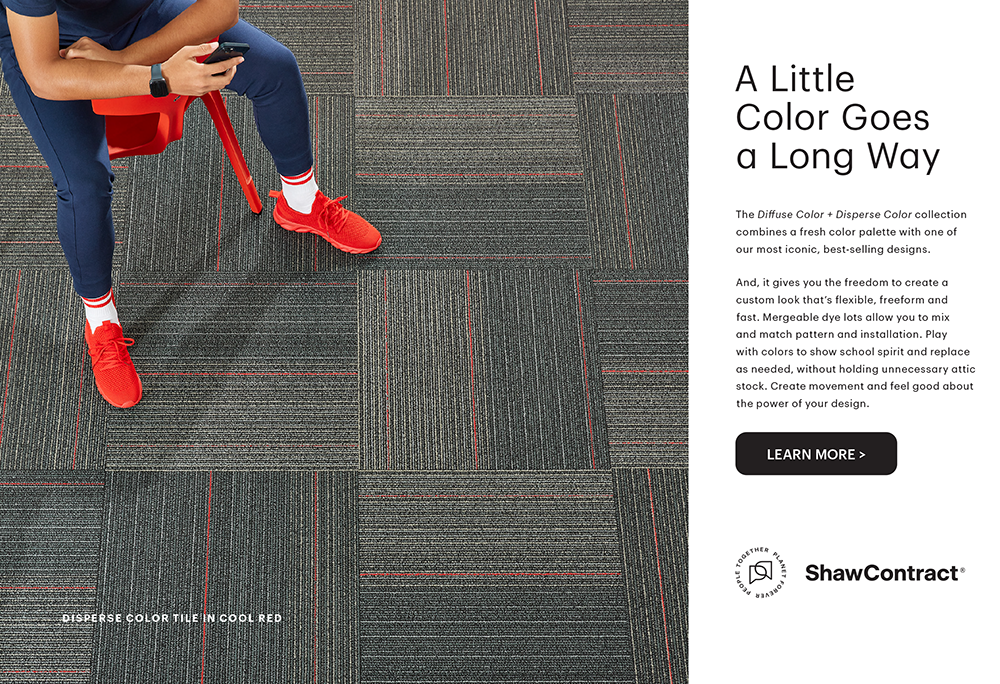 9:00 am – 10:30 am
Sessions (choice of 4)
Using Learning Activities to Identify and Achieve Innovation in Teaching and Learning: Building an education story using research based methodologies

What Are Designers Getting Right and Wrong? A research-driven analysis of how architects talk about design and its impacts across two continents

On the Edge: How sustainable and community-centered design creates place

Mobilize the Future of School: How pioneers inform education systems amidst disruption

V/S Session: The Dynamics of Gathering

A Culture of Health: Awareness and Action

1:00 pm – 2:00 pm
Sessions (choice of 5)
Artcobell Session: Learning Spaces Say More About Your Culture Than Any Words You Speak

Teaching Outside the Classroom: Charting the course for an Enhanced Outdoor Learning Experience

Creating a Living Laboratory: The School as a Teaching Tool

Community Through Design: Cultivating a Sense of Belonging in Learning Environments

Author, entrepreneur, and acclaimed international speaker, Frans Johansson has inspired readers and audiences worldwide with his ideas on leadership, innovation, and diversity, while his practical insights have empowered thousands to take action. In his role as CEO of The Medici Group, Frans has advised executive leadership at Fortune 500 companies such as Disney, IBM, Nike, and Mastercard. His firm recently launched Via Renaissance, a revolutionary Change Acceleration Platform that enables entire divisions to adopt specific changes in behavior on a continual basis.

Frans is the author of The Medici Effect (Harvard Business Press, 2004 & 2017), which innovation legend Clay Christensen described as “one of the most insightful books on managing innovation that I have ever read.” His follow up book, The Click Moment (Penguin Portfolio, 2012) was hailed by Fast Company as the book that challenges traditional business-school thinking, having destroyed the 10,000-hour rule. The Medici Effect has been translated into 21 different languages and become the definitive book on diversity driving innovation, influencing numerous industries and fields such as architecture, design, economic development, education, and investing.

Raised in Sweden by his African-American/Cherokee mother and Swedish father, Frans has lived all his life at the intersection. He has been featured on ABC, CNN, CNBC, the PBS Newshour, and National Public Radio. He has spoken to audiences on six continents, in virtually every industry, and across disciplines, from creatives to engineers, financiers to scientists, and politicians to humanitarians. Frans holds a B.S. in Environmental Science from Brown University and an M.B.A. from Harvard Business School, and currently sits on the Board of Trustees of the New York Hall of Science.

10:30 am – 12:00 pm
Super Session: The Design of Learning Environments to Promote Student Health and Well-Being

1:30 pm – 3:00 pm
Sessions (choice of 4)
This is Your Brain on STEAM: Correlations Between the Brain and NextGEN Learning

Through the Lens of Trauma-Informed Design

A Research-Based Design Framework for Equity, Inclusion and Student Success

Towards an Ethos of Equity: Centering Evidence and Empathy in the Design Process

3:15 pm – 4:15 pm
Sessions (choice of 8)
Investing in Learning for ALL to Build Leaders of Tomorrow. Re-engaging at-risk/homeless students to succeed

Morgan's Wonderland: Creating and Supporting an Inclusive Place for All Abilities

The Power of Place: Stories of Belonging

Design for Neurodiversity and Multiculturally-Responsive Teaching/Learning: Rethinking learning environments to elevate the performance of all students

Schools as “Game Changers” for Fostering Inclusion, Equity and Belonging

Partnerships for the College-for-all Initiative

9:00 am – 10:30 am
Super Session: Evidence & Application – The Impacts of K-12 Environments on Student Health, Engagement and Learning

Restoring Justice for All – Addressing the School to Prison Pipeline

From Pandemic Response to Multi-disciplinary Collaboration: A Hands-on Approach to Impactful Design

Creating Cultural Change Through Student Co-authorship of Their Learning Environments

Supporting Unique Needs: A Collaboration Between Learning and Design

I Want My School to Help My Community

Architecture as a Reparative Force in the Learning and Development of Children Negatively Impacted by Adverse Childhood Experiences (ACEs): Praxis and products for 21st century learning and design

Design for Learning and Health: State of Elementary School Facilities in Texas and How they Affect Learning and Fitness

2:45 pm – 3:45 pm
Sessions (choice of 7)
Understanding the Impact of COVID-19 on Students’ Social-Emotional and Educational Wellbeing

Community Campus: Sharing Resources in Support of Students and their Families

Learning from the BIPOC Experience in Designing Educational Spaces

Schools as Teaching Tools: A Methodology and Framework to Design Buildings that Teach

Do You Really Know Your Buildings?

On August 17, 2007, Ms. Valentine was faced with a medical tragedy that has changed her life forever. She survived and lives life now as a quad amputee. Ms. Valentine has embraced this tragedy with an extremely positive attitude. She truly believes that this tragedy has allowed her to serve as an inspiration to all to never give up. She has found strength in knowing that ultimately her tragic story can motivate people to embrace change and live life to the fullest.

Ms. Valentine has been a teacher, assistant principal, principal and Executive Director of Elementary Schools for a high-performing school district. She has been recognized with numerous awards and commendations such as Teacher of the Year, Principal of the Year, and Louisiana Regional Principal of the Year. She has been featured in several articles and news stories at the local and national level including an article by the world famous Dr. Harry K. Wong. In honor of her story of survival, courage, and hope, Ms. Valentine was featured in a segment on the Today Show and in an article in Ebony Magazine. 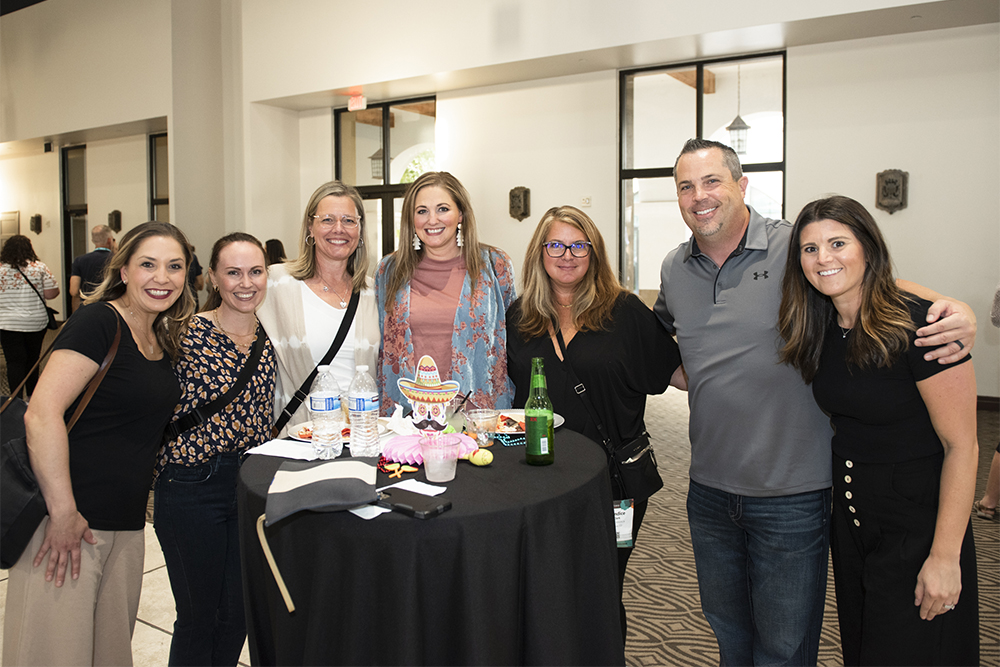 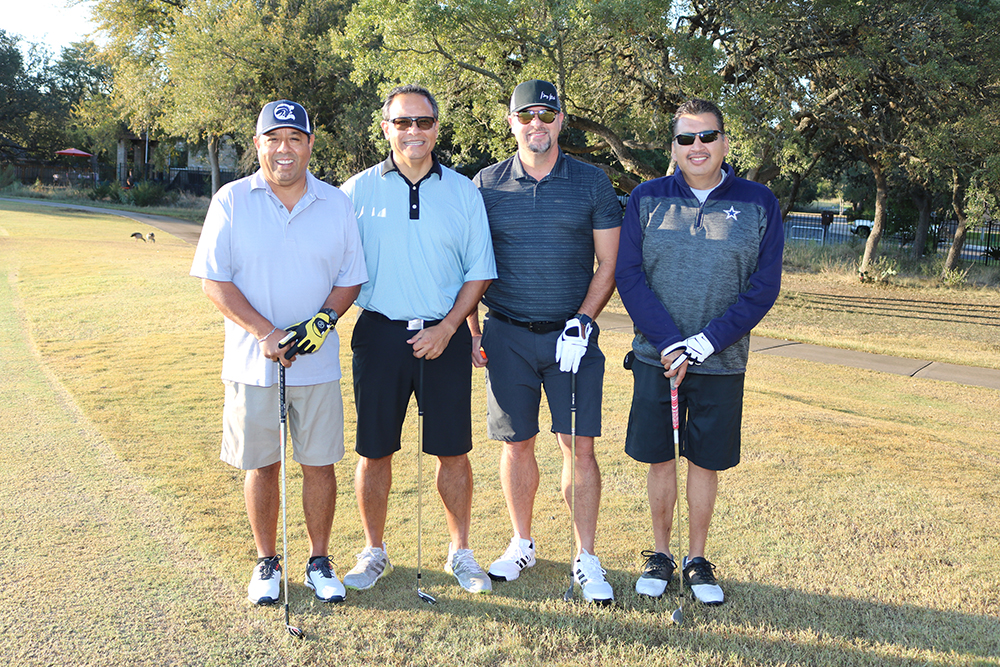 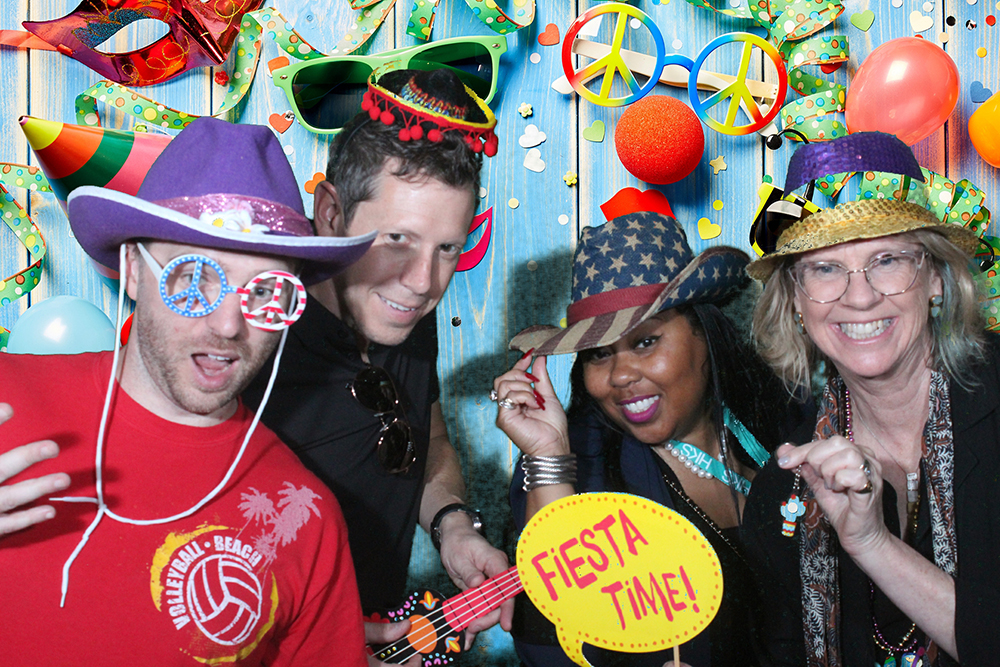 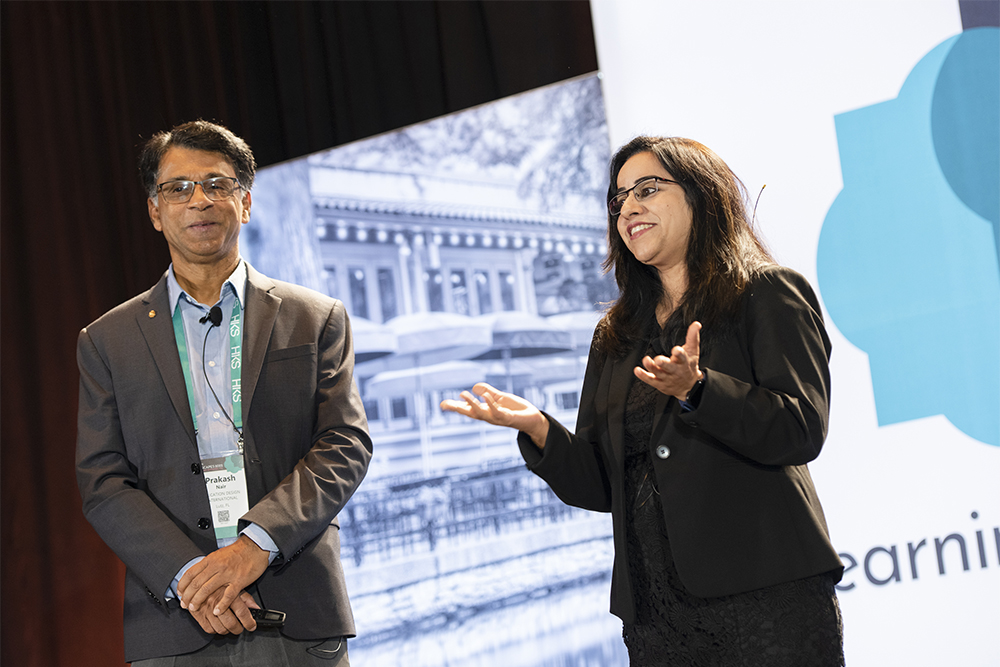 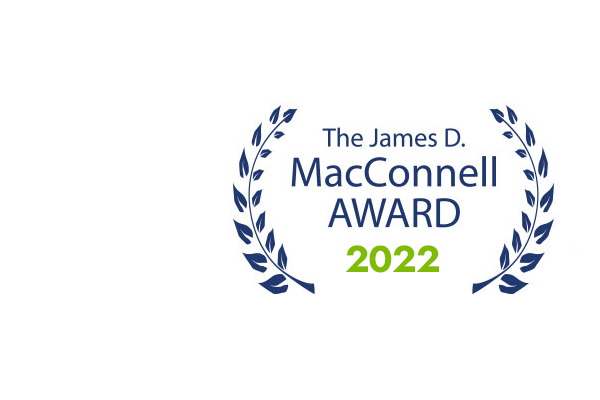 Thank You to Our 2022 Corporate Sponsors